Below is a small selection of drawings from an ongoing project I began in the spring of 2013. Most of my previous work is photographic and when I decided as a change of pace to try my hand at drawing I wondered where I would find human subjects for my studies. But then I remembered the Internet is almost entirely naked.

As I gathered images, I found myself more and more captivated by the ones with a palpable atmosphere of boredom. And it is important to note that this is not a jab at the subjects in the images I used. I realized I was exploring a more general problem of boredom and sexuality. It is not a solo problem. Not a male problem. Nor is it a digital problem (though I think it is becoming more and more visible through social media). And I think it's only somewhat a contemporary problem.

I am certain people around the world and throughout history have always found themselves bored horny--and I think the fact that I am fairly hopeless at drawing faces and people has helped highlight this universality. By grace (!) of my hand, these subjects become thoroughly anonymous, if they weren't already in the original images. They become stand-ins and fungible. Or, perhaps, surrogates?

Thanks so much for looking and please go fly a kite. 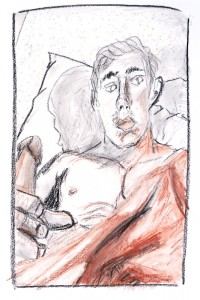 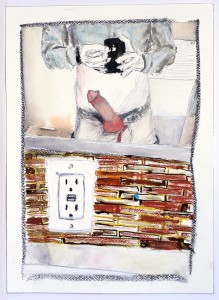 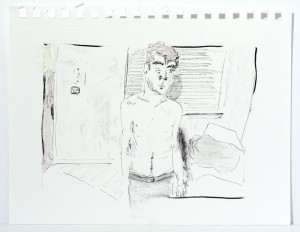 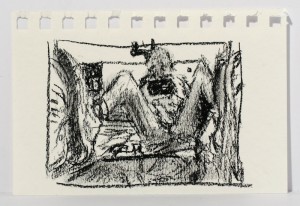 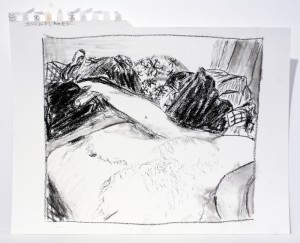 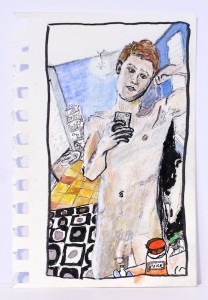 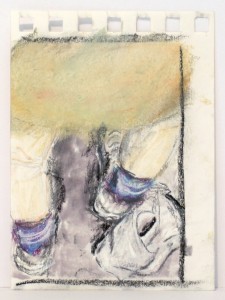 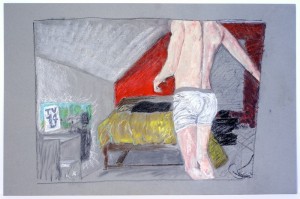 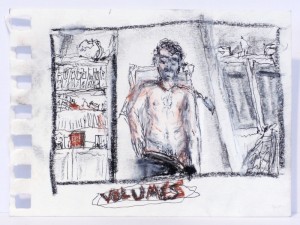 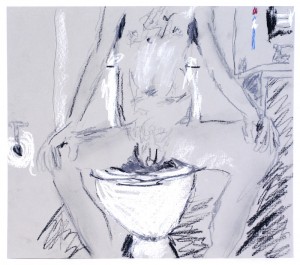 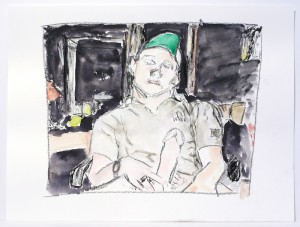